Expert: “Ankara will have to choose sides”

In Turkey, in the port of Karasu, a Russian cargo ship was detained, allegedly carrying Ukrainian grain. This was announced on Sunday, July 3, by Ukrainian Ambassador to Ankara Vasily Bondar. According to him, the fate of the cargo ship will be decided this week during a special meeting of investigators. However, some sources in the Turkish customs authorities are in no hurry to confirm such information. The expert spoke about the impact this situation will have on relations between Moscow and Ankara. 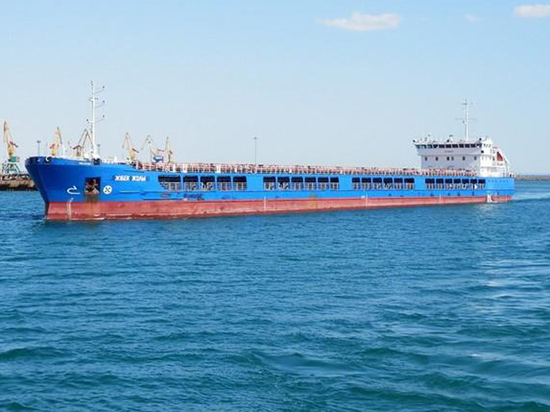 “We have full cooperation,” the Kyiv ambassador said on Ukrainian television. “Currently, the ship is at the entrance to the port, it is detained by the Turkish customs authorities.”

The Ukrainian diplomat also claims that the fate of the vessel will be decided at a special meeting of investigators, which is expected to take place this week.

Meanwhile, representatives of the Turkish customs services stressed that the decision on the dry cargo ship from Russia, on board of which allegedly Ukrainian grain is located, has not yet been accepted. The ship still stands at the entrance to the Turkish port to this day. It is also unknown whether any meeting on his fate will be held at all.

The Turkish Customs Department in the port of Karasu, for their part, was also unable to confirm or deny this information.

“I can only say that there is no such vessel in the port,” the customs representative said in turn. “However, I do not rule out that it may be in open waters in the immediate vicinity of the port of Karasu.”

At the end of last week, it was reported that Kyiv turned to Ankara with a request to detain and arrest the cargo ship Zhibek Zholy, owned by the Kazakh company KTZ, but sailing under the Russian flag, reports the Turkish edition of the Daily Sabah. The Ukrainian authorities believe that from 4.5 to 7 thousand tons of Ukrainian grain exported from Berdyansk may be on board.

The Prosecutor General’s Office of Ukraine asked the Turkish leadership to conduct an “inspection of the vessel, seize grain samples for forensic examination, and also demand information about the whereabouts of such grain.” In addition, Kyiv expressed its readiness to organize a joint investigation with the Turkish authorities.

“Unfortunately, we do not have this information in the Kremlin, I think it makes sense to ask the Ministry of Transport or the Ministry of Foreign Affairs, because the Turkish side, of course, upon detention, if any, she must provide information through our embassy or consulate general,” said a Kremlin spokesman.

Earlier, Turkish Foreign Minister Mevlut Cavusoglu said that Ankara was investigating allegations that Ukrainian grain was allegedly “stolen” by Russia and sent to other states. He also stressed that he would not allow the import of such grain into his country.

Moreover, according to the head of the Turkish Foreign Ministry, Ankara has not yet encountered such cases and notified Kyiv of the results of each investigation.

“I have not yet seen any serious discussions on this topic in Turkey,” says Yashar Niyazbaev, editor-in-chief of MK-Turkey. – The only thing that interests everyone now is how Ankara will behave in this situation, since it will simply have to choose someone's side. This moment is now obvious.

I think that the Turkish authorities will try to maintain a certain balance anyway. First, Turkey will not want to be seen by the West as a country that turns a blind eye to Ukraine's problems. And secondly, it definitely needs to take steps that would not subsequently affect its relations with Russia in any way.”

According to the expert, Turkey is ready to undertake a serious and detailed investigation of this incident. At the same time, she will still try to find a diplomatic solution in order to somehow bypass this topic.

“It is still difficult to say exactly how the Turkish leadership will act,” the journalist continues. “At the same time, I am sure that Ankara will carefully consider the impact that this situation may have on relations with Moscow. She definitely will not spoil relations with Russia.