The UK government is backing a scientific study that will see human muscle cells launched into space on Tuesday from Kennedy Space Center as part of an experiment to discover how to help people live longer and healthier lives.

The study, titled MicroAge, will see a SpaceX Falcon 9 rocket deliver the cells to the International Space Station (ISS) to explore what happens to human muscles, how people age and why.

The cells, the size of a grain of rice, have been grown in labs and placed into small holders that are the size of a pencil sharpener. 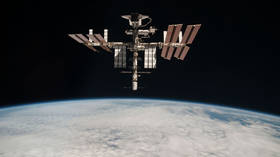 They will be electrically stimulated when they get to the ISS to induce contraction. Scientists are using the space station to conduct this investigation, as the lack go gravity causes weakness in muscles similar to that seen in people when they reach an older age.

“The research of our scientist astronauts like Tim Peake on muscle loss in the microgravity of space is helping identify potential cures for musculoskeletal disease, which causes agony to millions and costs the NHS billions,” UK science minister George Freeman said.

By harnessing the unique environment of the International Space Station our pioneering scientists could help us all live healthier, stronger lives.

“Ageing is one of the greatest challenges of the 21st century and we will learn a great deal about how muscle responds to microgravity and ageing from the data we obtain from this study,” Professor Malcolm Jackson, from the University of Liverpool, said.

A research team from the University of Liverpool will analyse the human muscle cells when they are brought back to Earth in January 2022, allowing them to compare the results to experiments that have been conducted back on earth.

The MicroAge study will launch at 10am GMT on Tuesday December 21.