With Omicron taking London by storm, British researchers have found that those infected with the new Covid-19 strain could exhibit symptoms rarely reported before, including loss of appetite.

The researchers have studied data collected by the ZOE Covid Symptom study, a British app for tracking the virus symptoms. They compared London samples from early October, when the Delta variant was dominant, with more recent ones, from when Omicron began outdoing its predecessor, at least in the British capital. 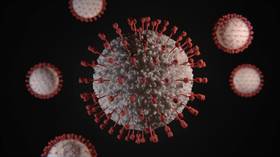 READ MORE: Catching both Delta and Omicron may result in super-mutant virus

The analysis showed that only half of the app’s users experienced the classic three symptoms featured in the UK government’s Covid-19 guidelines; fever, cough, and loss of smell or taste. However, among the symptoms that had previously either not cropped up at all or had only been reported on rare occasions, was a loss of appetite.

Even though the researchers warn that it is still early days and the dynamics might change down the road, so far the new strain appears to be less deadly and less likely to lead to hospitalization in general. One possible factor here, the scientists say, may be that the vast majority of app users have been vaccinated.

With the number of Omicron cases on the rise all across Britain, the UK government has ramped up its booster vaccine program. Addressing Britons on Thursday, Health and Social Care Secretary Sajid Javid argued that the country had “no time to waste in the race between virus and the vaccine.”

On Saturday, London Mayor Sadiq Khan declared a major incident in the capital over the surge of Omicron cases.