The UK has recorded 78,610 new Covid-19 infections in the last 24 hours, the country’s highest since the pandemic began, as Westminster embarks on an ambitious booster campaign to slow the spread of the Omicron variant.

On Wednesday, the UK government’s Covid-19 dashboard showed that some 78,610 new infections had been registered in the last 24-hour recording period. The figure represents a huge increase on the total a day earlier (59,610), as well as the number reported last Wednesday (51,342). 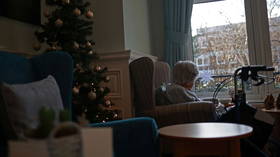 Report reveals how many Brits may spend Christmas in isolation

The latest single-day figure is also the highest recorded in the UK since the pandemic began, although testing capacity was substantially lower during the first wave of Covid-19.

The government’s dashboard suggests that there are 522.2 cases of Covid-19 per 100,000 people in the country. Case numbers over the last seven days are also 19.1% higher than the preceding week.

Prime Minister Boris Johnson has vowed to enhance the speed of the national booster vaccine campaign in an effort to slow the spread of the virus around the festive period. Over 656,700 vaccine shots were administered over the last 24 hours.

Government officials have warned that the more contagious Omicron variant, which also evades vaccine-induced immunity in many people, is likely to become the most prevalent strain in the coming days.