British police have been given a new toolkit to fight back against an “epidemic” of misogyny and sexual harassment, with acts such as leering and wolf-whistling being included in a list of prosecutable misdemeanors.

On Wednesday, the British College of Policing issued a guide for officers to help them deal with sexual harassment against women. The document encourages police forces to pursue prosecution under public order laws for singular offenses and charging under a 1997 harassment act when an individual repeatedly engages in behavior which includes catcalling and wolf whistling. 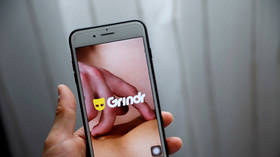 The police have also been told to take “preventative” measures, such as public space protection orders and criminal behavior orders which prevent people from visiting prescribed public spaces.

Officers have been advised to pursue criminal charges or apply preventative strategies for a list of offences, including kerb crawling, cornering, and upskirting, as well as leering and persistent staring. Viewing pornography in public is also included.

Chief Constable Andy Marsh, chief executive of the College of Policing, said in a statement that there was “epidemic” of “industrial” level violence and harassment against women. Some 1.6 million offences against women are recorded each year.

Deputy Chief Constable Maggie Blythe, the national police coordinator for violence against women and girls, said that women must come forward to report harassment, adding that it is important the public knows the police will use the powers made available to them.

Officials within Britain’s police have repeatedly stated their desire to enhance public trust in law enforcement in the aftermath of the rape and murder of Sarah Everard by Met officer Wayne Couzens earlier this year.