Deputy Prime Minister Dominic Raab will unveil his proposal to revise UK human rights legislation on Tuesday in a bid to challenge “wokery and political correctness” and prevent “spurious” claims being made.

The announcement of the reforms, which have already faced opposition ahead of their formal introduction, will coincide with the publication of an independent review into the Human Rights Act by the Ministry of Justice.

By altering the legislation, the UK government will seek to expedite the deportation of foreign criminals and allow British-based judges to overrule judgements handed down by the European Court of Human Rights instead of “blindly” accepting them.

Ahead of Raab’s formal rollout of the overhaul, the Ministry of Justice warned that, unchanged, current human-rights legislation would allow free speech to be crippled “by wokery or political correctness.” 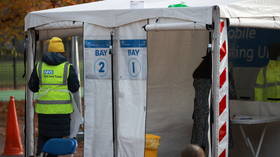 Barrister Martha Spurrier, director of civil-rights group Liberty, condemned the proposal, arguing that, while they are “cast as strengthening our rights,” the new laws would result in them being “fatally weakened.”

This government is systematically shutting down all avenues of accountability through a succession of rushed and oppressive bills.

Despite Raab’s contention that the law change is needed to provide a balance between freedom of expression and the right to privacy, legal figures have warned the proposed revisions to the act could be “dangerous.”

Stephanie Boyce, the president of the Law Society, the professional body that represents UK solicitors, urged the government not to pursue politically driven judicial changes. “Talk of restricting rights is dangerous and does not reflect the nuanced job the courts have to do,” Boyce stated.