An independent government review has recommended that UK legislators make hostility against individuals because of their sex or gender a hate crime, to help stamp out the “growing threat” of “extreme misogyny.”

The recommendations, laid out in a report released on Tuesday, seek to extend the existing definition of hate speech to prosecute anti-women attitudes and sexual harassment.

As part of a mission to “protect women and girls” and tackle the “terrible impact” hate crimes have on victims, Professor Penney Lewis, the criminal law commissioner at the Law Commission, unveiled a string of potential legislative changes.

The aim of the review was to explore how to address the fact that hate crime laws currently “don’t protect all five [legally] protected characteristics to the same degree.” 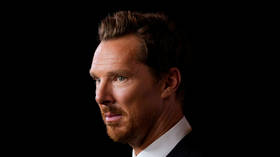 Benedict Cumberbatch needs to man up about toxic masculinity

The Law Commission identified a “growing threat of ‘incel’ ideology,” which encourages “the rape and/or murder of women,” as an area of deep concern. The Commission for Countering Extremism backed up this assessment, fearing that this behavior constitutes “extremist hatred” that has “been fuelled online” and has led to “real-world violence.”

Alongside a move to expand what is covered by the legal definition of hate speech, the Law Commission sought to link it with new protections for freedom of expression. Political discussions, such as those criticizing foreign governments, cultural practices, and immigration policies, would be protected under the new proposals, as well as “neutral reporting” of hate crimes committed by other individuals.

The commission also outlined how the government could similarly seek to bolster protection for disability and LGBT+ victims, warning that, without improvements, it will continue to send a “distinctly negative message to victims of hate crimes.”

The UK Home Office said it would “carefully” examine the proposals before the government issues a formal response on the recommended reforms.