Thousands of emails about Afghans seeking help after the Taliban takeover were marked as read as part of a “public relations” effort to allow the UK government to claim there were no unread messages, a whistleblower has said.

The allegations are part of damning testimony from Raphael Marshall – a desk officer for the Foreign, Commonwealth & Development Office (FCDO) – to MPs published on Tuesday. Marshall, who was part of the response team that monitored these “desperate and urgent” emails – outlined a list of government failures during the chaotic evacuation at the end of August.

Estimating that between 75,000 and 150,000 “at risk” people had made requests for rescue under a special cases scheme, Marshall said that “fewer than 5% of these” [had] “received any assistance” and noted that “it is clear that some of those left behind have since been murdered by the Taliban.”

Between Wednesday 25 August and Wednesday 1 September, I believe emails were processed by marking them with a flag once read but were not entered into a spreadsheet… I believe the purpose of this system was to allow the prime minister and the then foreign secretary to inform MPs that there were no unread emails. 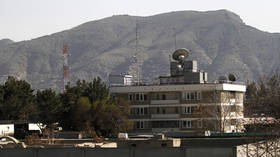 UK govt says ‘every effort was made’ to destroy papers naming Afghan embassy workers, amid anger over ‘data protection blunder’

By August 25, Marshall said there was already a backlog of over 5,000 unread emails, many dating back to earlier in the month. A large number of these were read but not recorded onto a spreadsheet. Staff shortages, unclear selection criteria for evacuation and other failures meant people were “de facto eliminated from the evacuation process.”

Then, following an August 29 media report on the backlog, both the special cases mailbox and the similarly overflowing inbox for the Afghan Relocations and Assistance Policy (ARAP) scheme were locked. Marshall said that this decision was either an “admission that… the FCDO’s method of processing the emails only served a public relations purpose” or a failure to realize that restricting access to the emails “undermined rescue efforts for public relations purposes.”

Meanwhile, all mail senders received a message telling them their request for help had been “logged” but this was “usually false,” Marshall said. This included “hundreds if not thousands” of emails from British MPs. This and other failures, which he said undermined the effectiveness of the system, were compounded by policy delays by then-foreign secretary Dominic Raab – who Marshall suggests “did not fully understand the situation.”

However, Raab later pushed back against the criticism, questioning Marshall’s estimates about the scale of the problem while noting that some of it was “dislocated” from the facts on the ground.