Hundreds of SPAR stores across northern England have been forced to close after an attack on the IT system of the grocery chain’s distributor impacted card payments at numerous branches.

The cyberattack has affected the stores’ ability to process card payments, SPAR said in a statement on Monday, forcing staff either to close shops or to accept only cash payments.

“This has not affected all SPAR stores across the North of England, but a number have been impacted over the past 24 hours and we are working to resolve this situation as quickly as possible,” SPAR North of England posted on Twitter. 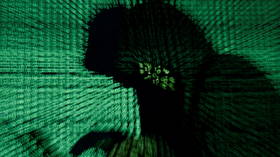 The Twitter thread did not mention the exact number of stores affected since the incident began on Sunday but, according to the company’s spokesperson quoted by UK media, around 330 shops have now been closed.

The website for the chain’s distributor James Hall and Co has also been down on Monday. A spokesperson for the Lancashire-based wholesaler told local media they are “aware of an online attack on our IT systems” and the company is “working as quickly as possible to resolve the situation.”

The UK’s National Cyber Security Centre said it is aware of the incident.

It’s not the first time this year that British food shops have been impacted by cyberattacks. In October, an alleged attempt to “interfere” with Tesco’s IT systems temporarily disabled the supermarket chain’s website and app.