The Royal College of Midwives has issued an apology after calling mothers “postnatal people” in a new ‘safer sleep’ guidance for those sharing a bed with their newborns. The document has since been removed.

On Wednesday evening, the Royal College of Midwives (RCM) – a British midwifery organization – published its later guidance for “postnatal people” who wished to sleep safely with their newborns. The document also provided help for getting newborns to sleep. 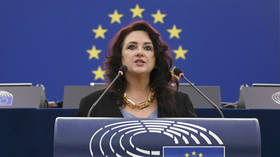 However, the guidance made no reference to ‘women’ or ‘mothers’, only mentioning ‘postnatal people’, prompting a huge backlash on social media. The criticism resulted in the RCM removing the publication from its own website on Thursday morning.

“Postnatal people in hospital should have easy access to the call bell system, be shown how to use it and ensure it is working – they should be provided with a bed-side cot for the baby to use while in hospital,” a section of the document, referring to sleeping arrangements, read.

On Thursday, the RCM issued an apology to all those impacted by the wording in the guidance – which had been referred to as ‘woke’ by some on social media.

“We would like to apologise that women are not mentioned in our recent safer sleeping guidance,” the organization wrote in a tweet, adding: “This was a huge oversight on our part, especially as we are committed as an organisation to ensure that women are never erased from the narrative around pregnancy & birth.”

The group tagged Milli Hill, a self-described “outspoken feminist,” who had led the backlash against the RCM, in their apology.

According to The Telegraph, Gill Walton, the chief executive of the RCM, is a member of the Stonewall Diversity Champion program. The scheme aims to help firms “become more inclusive of LGBT people.”

In November, the BBC withdrew from Stonewall’s diversity scheme, citing concerns about impartiality on issues that the LGBTQ group was campaigning about. Stonewall claimed the public broadcaster had been pressured to withdraw its backing.