The Greene King chain has announced plans to rename a Scottish pub from “The Black Bitch” to “The Black Hound” in keeping with contemporary sensitivities, but locals say they don’t want to lose the historic name.

The original name of the Linlithgow historic pub is related to the legend of a greyhound that was nightly delivering food to her owner, who had been left chained and starving on an island.

The canine’s loyalty was immortalized later by a statue as well as by the pub’s name, which is now being perceived by some people as offensive. 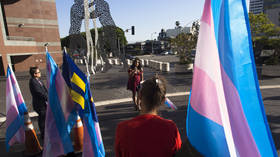 “We know that name was not originally racist or offensive. But we have to appreciate that language has changed and evolved,” the Green King’s operations manager for Scotland, Paul Wishart, told the BBC, explaining the decision to change the name.

He underlined that the company spoke to many people, both with knowledge of the local legend and without, and many felt the name “carried racist and offensive connotations”.

“To put it into context, you wouldn’t call a new business today The Black Bitch,” Wishart said, adding that this name is also unacceptable for use on social media, and even prompted Facebook last year to close the pub’s page.

However, many locals are not persuaded by these arguments. A petition calling to save the historic name has already got 2,600 signatures.

“Petition to stop the name of The Black Bitch Pub Linlithgow being changed as it is seemingly offensive! This is part of the Linlithgow History and one of the oldest pubs in Scotland! Bitch is a reference to the black greyhound dog which is part of our local history!” reads the petition published on Change.org.

Any change of the pub’s sign must go through the planning process, with the image on the sign and coat of arms to remain unchanged.