The head of Britain’s MI6, Richard Moore, has warned that the spy agency must adapt to meet new 21st century digital threats if it is to remain effective at gathering intelligence and countering espionage.

In his first public speech since becoming MI6 chief, Moore has outlined the challenges facing the agency, as it seeks to compete with adversaries who exploit digital advances.

Highlighting MI6’s concerns about nations like China and Russia that embrace digital technology, Moore stated that the agency has a “white-hot focus” on understanding how to counter these threats, as the agency develops.

“They know that mastering these technologies will give them leverage,” Moore said, referring to the UK’s geopolitical rivals, adding that “an intelligence service needs to be at the vanguard of what is technologically possible.” 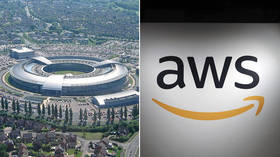 Pointing the finger directly at China, Iran, Russia, and international terrorism, the MI6 boss reveals that the agency has set its sight on the “Big Four” priorities for the UK and the West’s intelligence branches.

However, Moore’s speech could potentially be seen as an admission that MI6 is at risk of being left behind by nations that are swiftly developing new technologies, as he warns that “we cannot hope to replicate the global tech industry,” suggesting that the UK must, instead, “tap into it.”

Since taking over MI6, Moore has been faced with addressing the challenges posed by progress in artificial intelligence, quantum computing and other digital elements that have changed the way espionage is conducted. For example, advances in biometric and facial recognition technology have made it almost impossible for spies to adopt false identities without being exposed.

MI6’s openness about its move into the tech space was shown back in September when the agency admitted it has a real Q Section, as seen in the James Bond films, that develops gadgets for its agents in the field.