The RAF has been accused of peddling “woke b******” after doing away with the gendered titles ‘Airman’ and ‘Airwoman.’ A controversial former Tory MP hammering the service has been punished before for some extremely un-PC speech.

The Royal Air Force (RAF) quietly stopped calling its personnel “Airmen” and “Airwomen” earlier this year, switching to the gender-neutral “Aviator” instead. The change caused some controversy online as military members quibbled over whether an RAF desk clerk was technically an ‘Aviator,’ but by and large passed without a media hubbub.

However, former Tory MP and ex-Army colonel Patrick Mercer was livid, and savaged the change as “woke b*******” 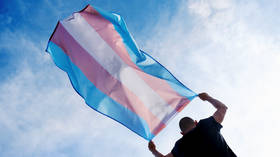 READ MORE: The UK government has lost control of its woke civil service

“For years I had airmen and airwomen under my command,” he told the Daily Mail on Saturday. “You have two perfectly good, historic, tried and tested terms which have never caused any difficulties or problems. It is needless wokery.”

“If you are going to do this sort of thing, presumably the idea of women service people wearing skirts and doing up their tunics differently to men needs to stop too,” he continued. “Where do you draw the line? There’s also a cost implication due to the sheer bureaucracy of scrapping signs and letters saying airmen and women. It’s nonsense. Woke b*******.”

Mercer is no fan of political correctness, and his rant against the “woke” RAF is one of his tamer outbursts. Back in 2007 he was sacked from his post as Conservative shadow homeland security spokesman for stating that a black soldier being called a “black bastard” was acceptable language within the military, and suggesting that “idle and useless” black soldiers “used racism as cover for their misdemeanours.”

Mercer was sacked long before the word “woke” entered common parlance, and long before the forces embraced gender-neutral language, and stayed on as Conservative MP for Newark until 2013, when he was filmed accepting payment for lobbying from undercover journalists and resigned from the party.

In another outburst recorded by an undercover reporter that same year, Mercer described telling a female Israeli soldier how she looked “like a bloody Jew.”