A British boarding school has asked pupils to wear a yellow badge if they are exempt from a face mask mandate introduced in classrooms and corridors following a rise in Covid-19 cases.

In a letter to parents, David Jackson, the headmaster of Farringtons School in Kent, said the institution had decided to reintroduce the compulsory wearing of face masks in classrooms and other confined areas within the senior school. 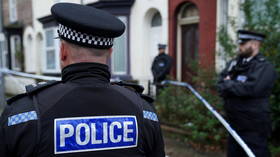 The measures would be in place “until further notice” amid the increasing number of Covid-19 cases. Jackson added that students exempt from the public school’s rules on masks would be asked to “wear a yellow badge to indicate this.”

The move has come under fire from a parent group who claimed that the Kent school, which charges £34,050 ($45,500) per year for boarders, has made a “deeply inappropriate” request by asking students to wear yellow badges.

She also claimed that asking children exempt from masking-wearing, some of whom will be medically vulnerable, will only serve to “stigmatise” them even more. Kingsley claims the practice is not uncommon and yellow stars have been used elsewhere.

A spokesman for Farringtons School responded by saying, “the decision to re-introduce masks was taken following Public Health England advice in response to a spike in cases after the October half-term holiday.” They added that their primary motive was to keep the community safe.

Any type of yellow badge is deemed historically insensitive to some who claim it echoes Nazi-era genocide. Jews were forced to wear a yellow star so they could be easily marked out for segregation.