The UK’s medical watchdog has ruled that doctors should stop routinely doling out antidepressants to people struggling with mental health and instead offer therapy sessions as the first option.

On Tuesday, the National Institute for Health and Care Excellence (NICE) issued new guidance for the identification, treatment, and management of depression.

The guidance, the first in 12 years, recommends offering non-drug related treatments as a first option for people suffering from less severe depression. The treatments include cognitive behavioural therapy (CBT), exercise, counselling, or psychotherapy.

The body recommends a similar menu of psychological interventions, along with the option of antidepressant medication, for those requesting first-line treatment for more severe depression.

Do not routinely offer antidepressant medication as first-line treatment for less severe depression, unless that is the person’s preference.

NICE emphasized that the new guidance provides patients with the ability to choose from a range of treatments. “Practitioners should offer people a choice of evidence-based treatments and understanding that not every treatment will suit every person,” Nav Kapur, chair of the guideline committee, said in a statement. 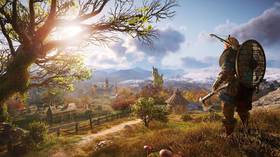 The National Health Service (NHS) has long offered a range of treatments for mental health disorders, including one-to-one counselling free of charge, and a range of antidepressants. According to NHS data, more than 20 million antidepressants were prescribed between October and December 2020, representing a 6% increase compared with the same three months in 2019.