Rough sleeping has risen in London over the past year, new figures show, despite the government promising to house everyone during the pandemic, and allocating over £700 million to support current and potential rough sleepers.

Data released by the Combined Homelessness and Information Network (CHAIN) shows that 11,018 people were seen rough sleeping in the Greater London area between April 2020 and March 2021 – a 3% increase on the previous year.

The number of people sleeping on the streets for the first time has risen by 7%, with first-timers now making up 68% of the overall number of rough sleepers, many having lost accommodation as a result of hardship prompted by pandemic restrictions. The report goes on to reveal that this year’s total is almost twice that of 10 years ago, when 5,678 people were seen rough sleeping.

In March last year, at the start of the coronavirus pandemic, the government announced the Everyone In initiative, asking local authorities in England to “help make sure we get everyone in”, including those who would not normally be entitled to assistance under homelessness legislation. 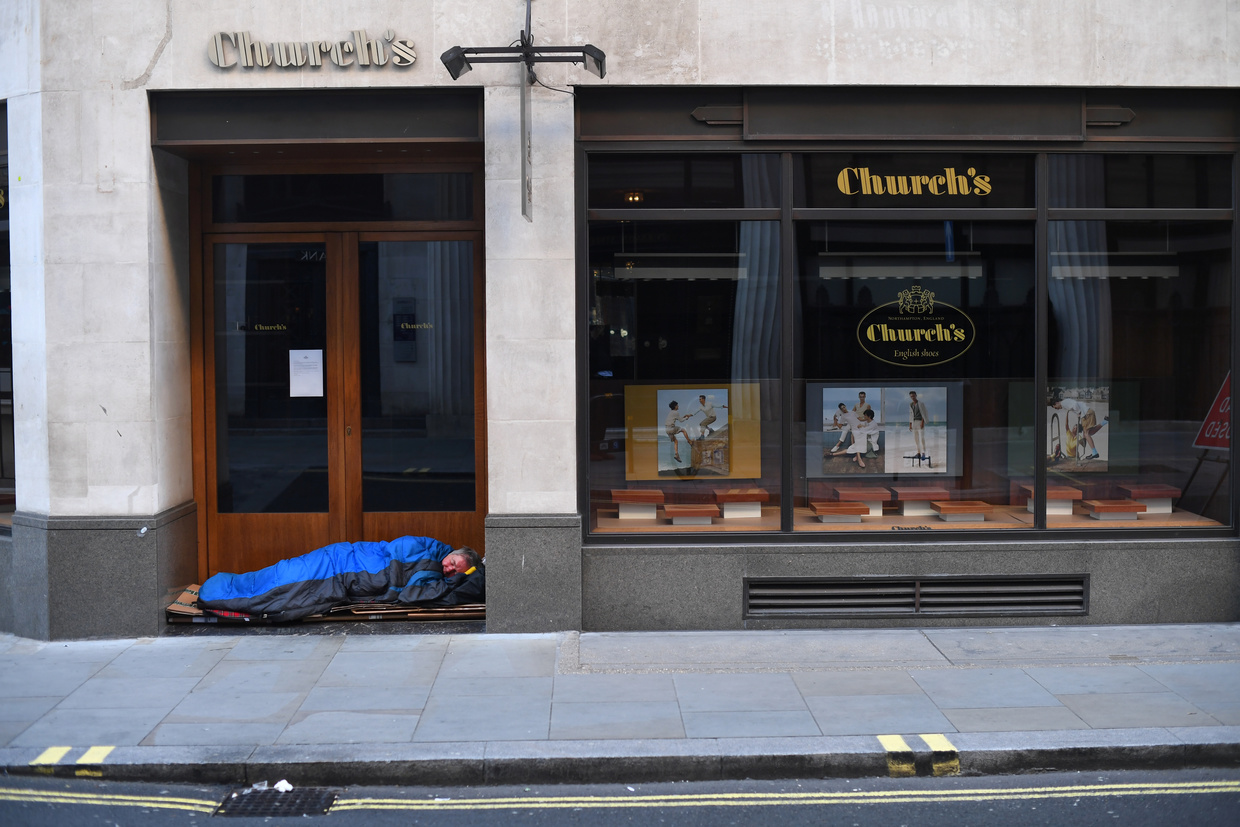 A rough-sleeping taskforce was set up, with local authorities across the country seeking to ensure that people sleeping rough and in accommodation unsuitable for self-isolation, such as shelters and assessment centres, were “safely accommodated to protect them, and the wider public, from the risks of Covid-19”. Local authorities block-booked hotel rooms and other en-suite accommodation, and provided food and medical care. According to the government, a total of over £700 million ring-fenced funding has been allocated in 2020/21 “to support rough sleepers and those at risk of rough sleeping”. In April last year, it reported that over 90% of rough sleepers in England had been offered accommodation as a result.

The report by CHAIN puts the number of rough sleepers in Greater London between April 2019 and March 2020 at more than 10,700. It explains that people are registered as rough sleepers if they have been encountered by an outreach worker while bedded down on the street or in another open space or location not designed for habitation. The official count published on the UK Parliament’s website records the much lower number of 4,266 in England in the immediately preceding period of autumn 2019, however.

Also on rt.com
The housing market may be booming for a fortunate few, but the have-nots of Britain are still being left way behind

Campaigners for the protection of the homeless praised the steps taken by the government at the beginning of the pandemic, but pointed out that they weren’t sufficient. Jon Sparkes, the CEO of Crisis, the campaign to end homelessness, told the media the measures were “brilliant but short-lived”, and called for “long-term solutions” to “end rough sleeping for good”.

At the end of last year, the government promised more funding in 2021/22 to support the delivery of long-term accommodation for rough sleepers in England.