Police and coastguard officers responded to a call after a couple were spotted camping on a cliff edge with their young child, in contravention of lockdown rules and, arguably, common sense.

Rescue teams from Staithes and Whitby coastguard agencies, along with responding police officers, happened upon the couple’s tent on Cleveland Way in North Yorkshire on Saturday.

The police were called as the family had breached Covid restrictions, though it is unclear whether or not they received a fine. Overnight stays away from a person’s primary residence are illegal under current UK coronavirus lockdown restrictions, even if it is in the great outdoors. 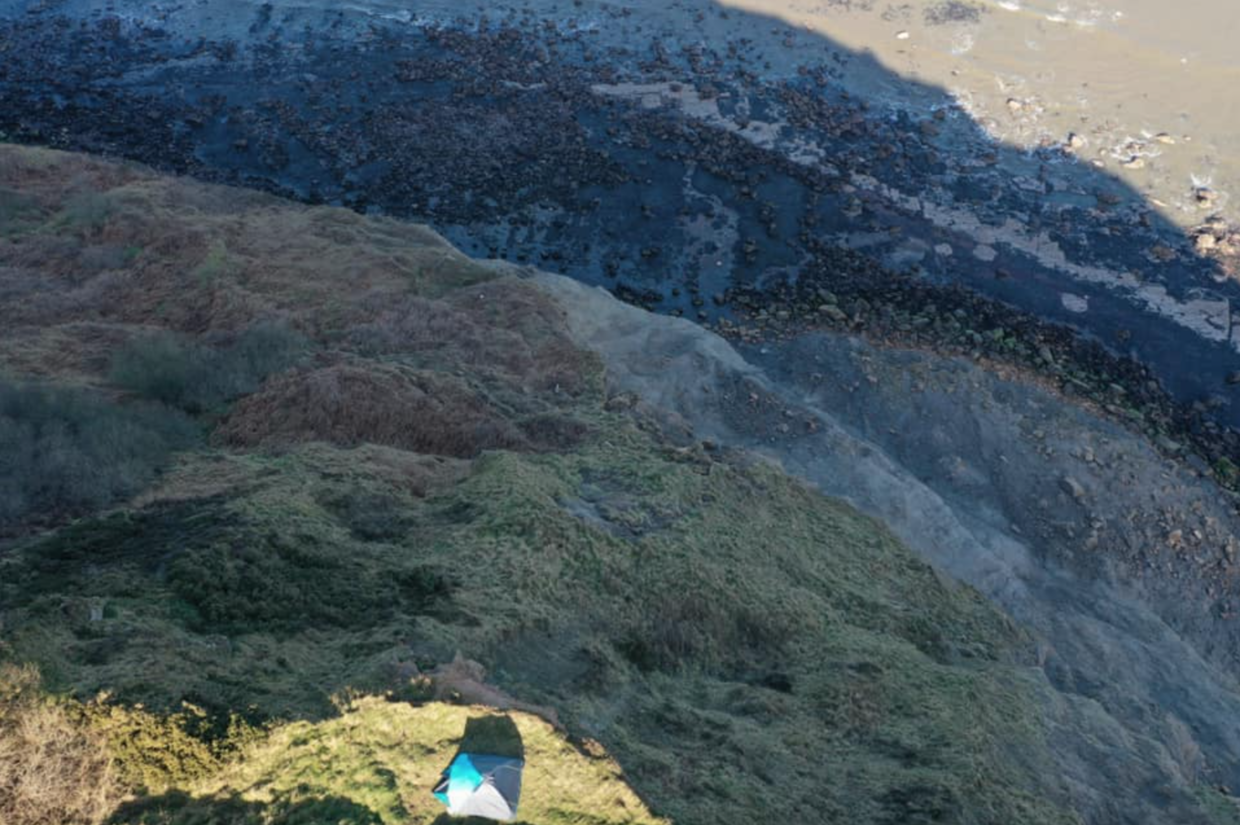 The couple were issued with safety advice by the coastguard officers due to the dangerous location of their tent, especially in light of recent landslips in the area.

The response to the news on social media was one of irritation and consternation, prompting comments such as “Words fail me” and “Some folk are just born stupid.”

“Hope they don’t sleep walk,” one Facebook user quipped. “Bonkers and utterly thoughtless. Putting themselves and others at risk,” added another.

To put that risk in perspective, a section of cliff weighing over 200 tonnes fell onto the beach below at Runswick Bay in early February.

“A cliff fall comes with no warning, and being on the receiving end of even a small avalanche can be fatal,” Staithes Coastguard said.

Also on rt.com
Quarantine hotel ‘inmates’ are told to stop smoking and buy nicotine patches after party in car park