Shoppers in Northern Ireland are facing empty shelves at supermarkets as new customs paperwork has left major retailers facing shortages across hundreds of products due to the post-Brexit trade agreement.

High-demand products such as fresh fruit, vegetables, and meat are among the products worst affected, as food suppliers face delays getting goods to the UK region.

Major British retailers, including Tesco, Sainsbury’s and Marks & Spencer, have struggled to adapt their supply chains since new customs rules came into effect on January 1, when the Brexit transition period drew to a close.

By yesterday lunchtime, there were more than 750 items out of stock in Tesco’s Dungannon store… No shortage of food but plenty of empty shelves. pic.twitter.com/s2E01lch3e

“I think, at the end of the day, it will collapse into place, but these next few months are going to be critical,” the Retail NI chief told the Financial Times.

Ultimately, this is not the wonderful land of milk and honey promised by the people who campaigned for Brexit, but we’ve got to make the best out of a bad situation.

The newly introduced paperwork has resulted in hauliers spending hundreds of thousands of pounds sending empty lorries to Northern Ireland.

“However, that’s creating a problem because hundreds of lorries are leaving NI every day for England, but because the suppliers in GB have these formalities to comply with to send their goods to Northern Ireland, a lot of them have either suspended or are delaying loads,” he added. 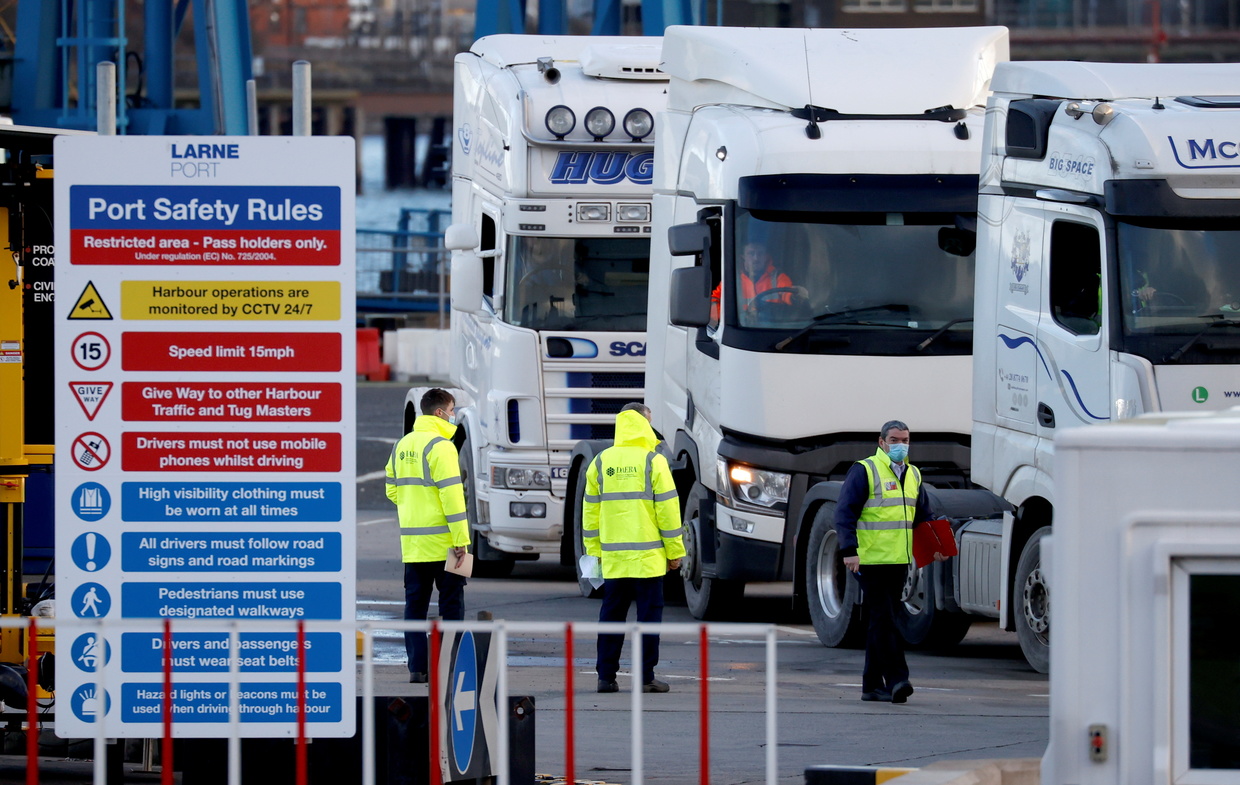 The additional paperwork is a result of the Northern Ireland Protocol in the UK’s withdrawal agreement with the European Union. The protocol was designed to resolve the Irish border issue, which was one of the main sticking points in the divorce talks.

In order to prevent the return of checkpoints at the politically sensitive frontier, the EU and the UK essentially agreed to move new regulatory and customs processes to the Irish Sea, meaning checks are now focused on trade between Britain and Northern Ireland.