Piers Corbyn, a prominent anti-lockdown activist and brother of Labour’s ex-leader, has violated anti-coronavirus measures again and taken part in a restriction-defying party in London, announcing his bid for the city’s mayor.

Multiple gatherings in violation of the UK’s strict anti-coronavirus rules took place across the English capital overnight. While some were merely New Year celebrations, other ‘parties’ carried quite a political charge as well.

A massive gathering, dubbed the NYE Party of Parties, was staged by Piers Corbyn along the South Bank. The event attracted over 1,000 people, united in defying the coronavirus restriction, the activist has claimed.

The ‘party’ goers were met with a significant police presence, yet the facemask-clad law enforcement officers were not very active and did not attempt to break up the gathering, footage from the scene shows. The event proved to be quite a fiery one, with Corbyn practicing some fire-breathing before giving a speech and announcing his decision to run for London’s mayoral office. 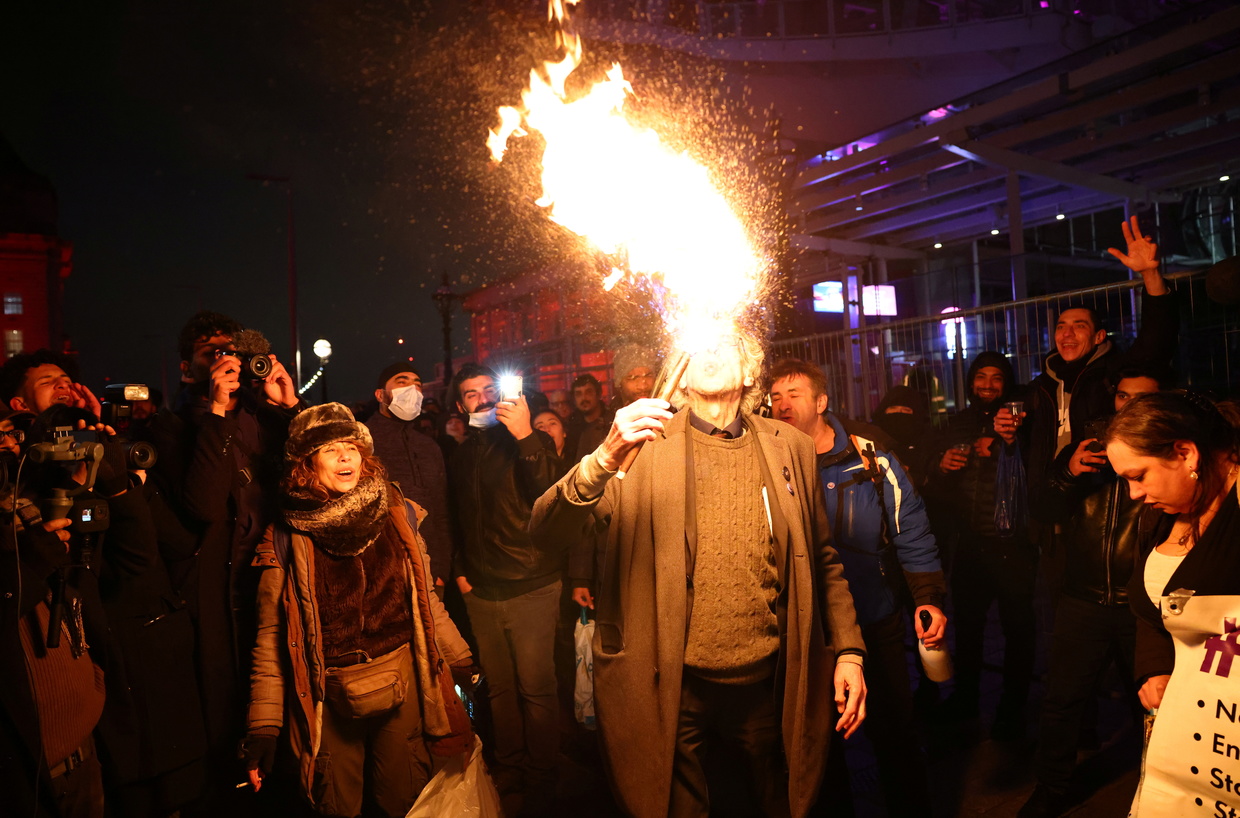 “We’re exercising our bodies, our minds, and our rights,” Corbyn told the cheering crowd, who chanted “Freedom, freedom!”

Corbyn has been an outspoken critic of anti-coronavirus measures, as well as of the mass-vaccination campaign, alleging that the whole pandemic is a hoax. The activist has been repeatedly arrested over the course of the past year for staging restriction-defying rallies, with his supporters refusing to wear masks or observe any social distancing rules.